I got a phone message from a friend of mine today letting me know that a dear friend and teacher of mine has transitioned into the afterlife, returning home to great spirit. My friend Ted Andrews was a world famous author, publishing more that 30 innovative books on various topics of spirituality & metaphysics. He is probably most known for his love for and work with animals, often volunteering at animal rehabilitation centers & offering teachings to the wold regarding totem animals & the sacred teachings that animals bring us. Ted passed away on October 24th, 2009 from complications due to cancer.

I first met Ted in 1994 at a lecture he was doing in N. E. Ohio. Ted was originally from Southern Ohio and 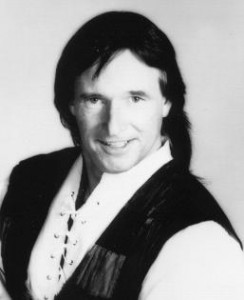 often offered workshops in the area. He became one of my teachers in various aspects of psychic development. I studied with him off and on in Ohio for several years until he moved to Tennessee. He was not only my teacher but also a dear friend of mine. We have remained friends for the past 15 years . His teachings have been profoundly influential to my own work & path. His presence, knowledge, gift for writing and story telling has profoundly influenced countless people & organizations throughout the world. He has greatly contributed to the upliftment & increased awareness of the world of spirituality and metaphysics in general. His generosity with sharing esoteric knowledge with the world has brought many people together and has created accessibility, unity & community within a subculture that was once considered obscure. His presence in the physical world will be deeply missed. Be sure to light a candle for him, sending him light on his journey home to spirit.

This entry was posted in Articles. Bookmark the permalink.

One Response to Ted Andrews returns home to Great Spirit